Isn't he a beauty? I don't have the QVC Black Beauty to compare him to, but the reports I've seen on the Internets indicate that the new release is more of a grayish color than the original. 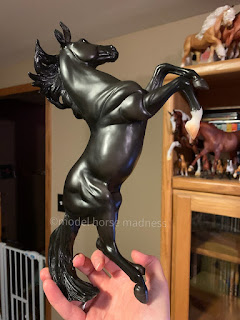 I'm still wondering why they reused Silver for this release when True North is right there. I suppose they figured they had to use Silver again since the horse is apparently a mustang in the new movie. 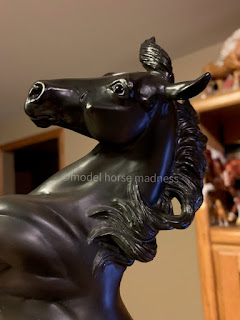 Quality-wise, he's pretty nice - I didn't see any flaws on him. Another worthy addition to the collection!

Next, let's take a look at the mare and foal set whose names I'm tired of typing! 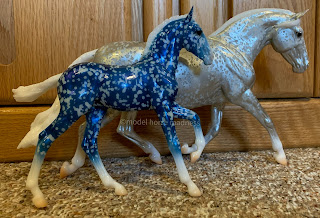 The foal isn't as dark in real life as he is in the photo. Sadly, I don't have a Benasque to compare him to, but they haven't been a complete match in the photos I've seen online. I'm definitely glad to have these two, though! 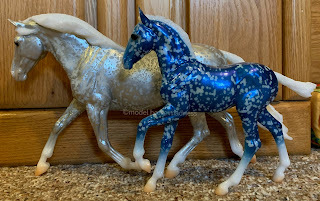 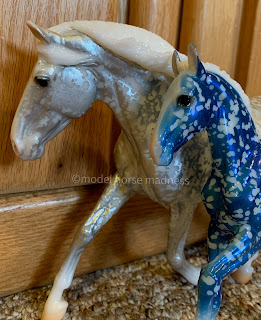 But anyways, I'm super stoked that I was drawn for these! Now if I can just find Benasque for a good price...
Posted by fabala at 9:24 PM

I am not affiliated with Breyer or Reeves International in any way.

If you have a comment, question or would like to reach me, send an email to modelhorsemadnessblog at gmail.com.